The vast majority of chrome ore (Cr ore) produced worldwide is metallurgical grade ore. This ore in the main is used to produce ferrochrome (FeCr) which itself is a key ingredient in the production of stainless steel. The stainless steel industry is the major driver of the chromium industry.

South Africa, holds the largest global resources and reserves of Cr ore and as such is the world leading producer and exporter of Cr ore. The country’s abundance of resources and the production of some Cr concentrates, as a by-product to Platinum Group Metals production, has made it a leading producer. Despite systemic power supply, logistics and social issues, South Africa remains the largest FeCr producer outside China.

In 2012, driven by its rising stainless steel industry, China became the biggest FeCr producer worldwide overtaking South Africa. China holds virtually no resources and reserves of Cr ore. Its FeCr industry is reliant on imported material, mainly from South Africa, making it, the biggest Cr ore importer in the world.

Whilst South Africa and China are the driving forces behind the chromium market, there are other important actors in play (Kazakhstan, India, Turkey, Zimbabwe, Finland, Sweden, Albania, Oman Sultanate to name but a few). In some cases, these countries have positioned themselves on niche products including high-grade ores, chemicals, foundry sands, chrome metal and specialty FeCr grades aimed at market segments with specific requirements.

Discover further details on the chromium market in our quarterly market analysis infographics below. 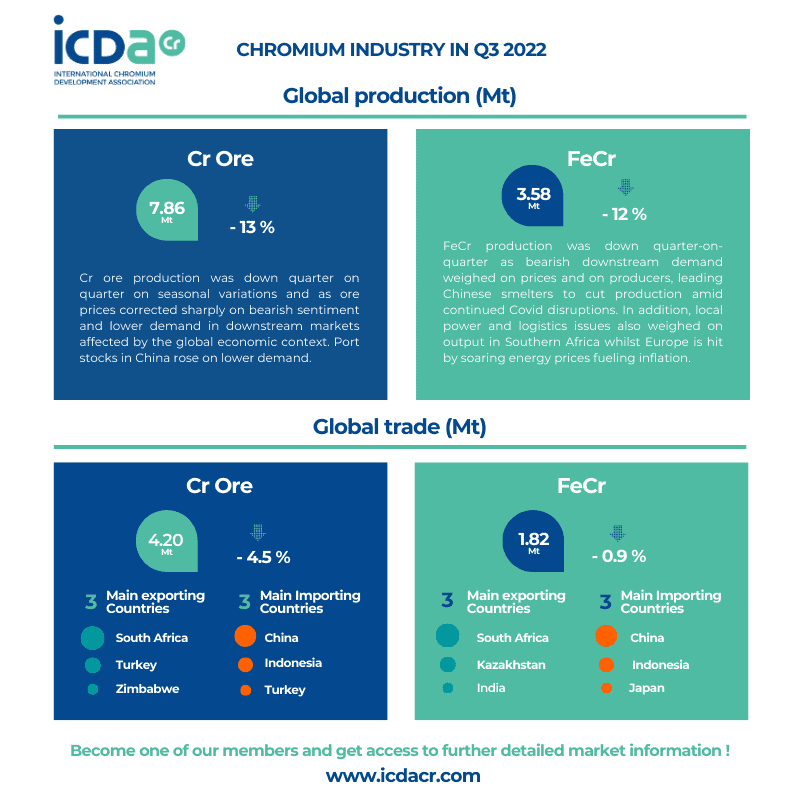 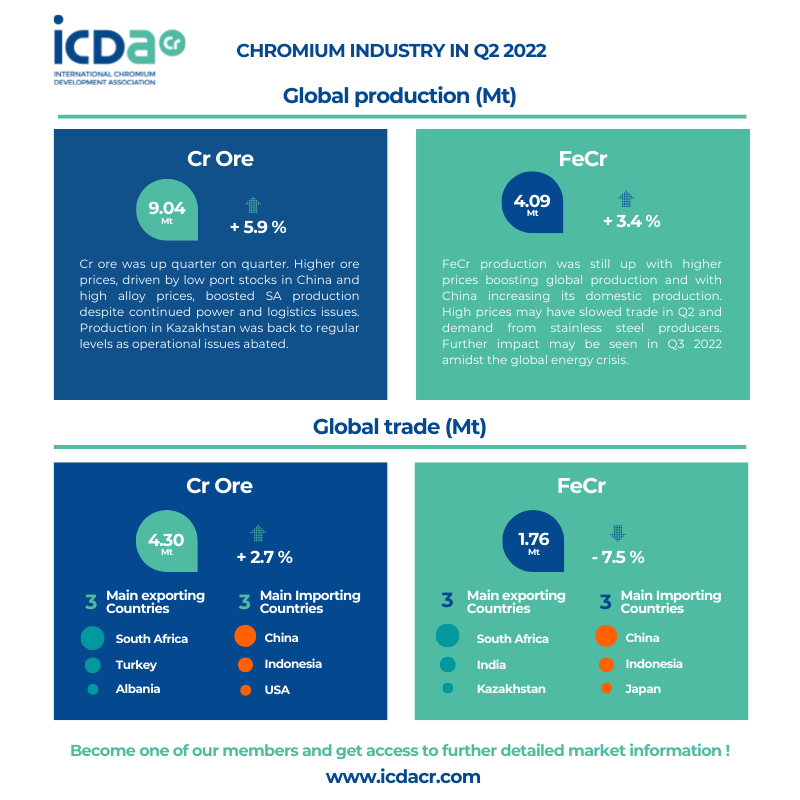 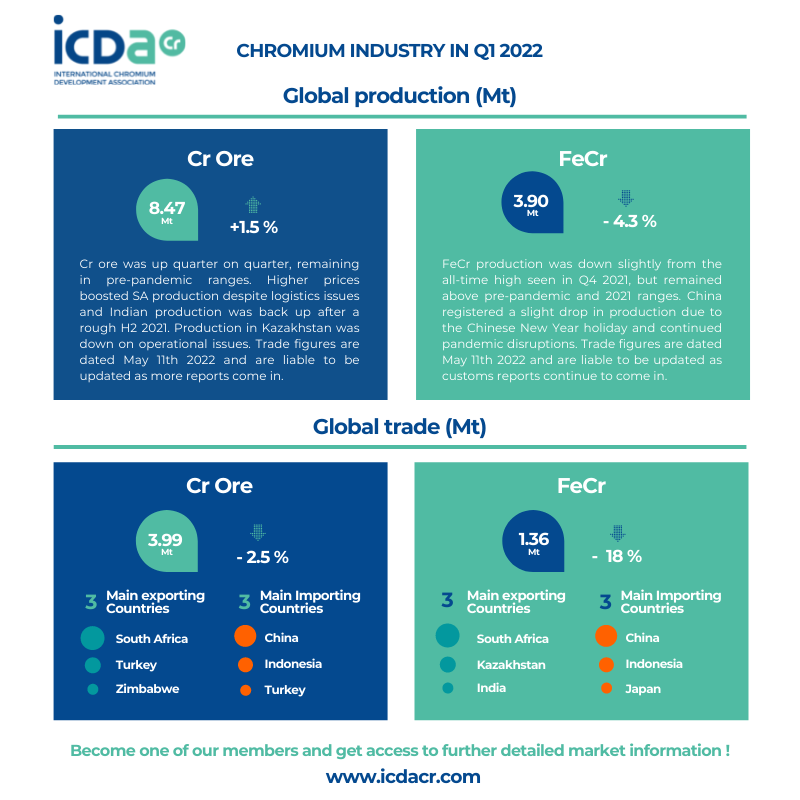 ICDA has a Code of Practice for the collection and use of quarterly statistical information. The ICDA Management team ensures that this Code of Practice is sent to all members, complied with and enforced. 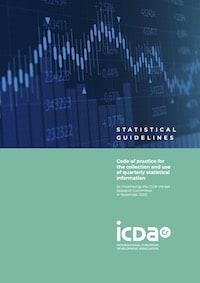 For all the latest market data, regular market analysis and market research on the global chrome and ferrochromium markets, become an ICDA Member.

South Africa is home to most of the global chromite resources. However, chromite is found in many countries including Zimbabwe and Kazakhstan, which also have significant resources.

While South Africa is by far the largest producer of chrome ore, production takes place all over the world.

Calculation based on industry data supplied to the ICDA and estimates made by the ICDA Market Research Committee.

Companies in South Africa also supply chrome ore as UG2 (Upper Group 2 reef), during the production of Platinum Group Metals (PGMs). The supply of UG2, in addition to traditionally mined chrome ore, has changed the structure of the ferrochrome industry. More information on UG2 is available on our chrome ore page.

Calculation based on industry data supplied to the ICDA and estimates made by the ICDA Market Research Committee.

Strictly Necessary Cookie should be enabled at all times so that we can save your preferences for cookie settings.

If you disable this cookie, we will also not be able to save your preferences. This means that every time you visit this website you will need to enable or disable cookies again.

Please enable Strictly Necessary Cookies first so that we can save your preferences!